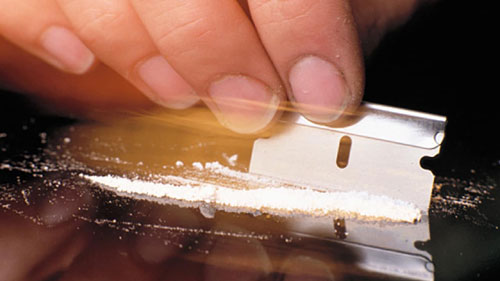 What is Cocaine Addiction?

Cocaine is a highly addictive drug that has serious effects on your health and well-being. It is a drug made from the leaves of the cocoa plant native to South America. It is a white powdery substance that reacts with the nervous system of the body, producing energy and euphoria. It affects the brain cells in a numerous ways.

Cocaine addiction is a serious problem. It leaves a lot of negative impact on in several ways and different areas of your life. It is a stimulant that increases alertness and energy. Constant and frequent use of cocaine develops a higher tolerance to the drug which means that you require higher levels of cocaine, this creates an ill effect on your mental and physical health.

Most Cocaine users snort the powder into their nose, while some rub it into their gums and dissolve it in water and inject it with needle while some heat up the rock crystal and breathe the smoke into their lungs. In some cases cocaine may lead to sudden death after its first use due to cardiac arrest or seizures.

The first step on the road to recovery is accepting that you have a problem. Treating cocaine addiction often begins with detoxification. Those who are addicted to cocaine and want to come out of it should immediately reach out to healthcare providers such as Cocaine Rehab Centers. Their specialist and consultants provide focused Cocaine Addiction Treatment. One of the successful aspect of this treatment is that patients remain in the program under observation for an adequate amount of time. You can find cocaine drug treatment near me to find out the closest rehab center.

Some of the side effects of cocaine include